How To Respond To A No From A Prospect 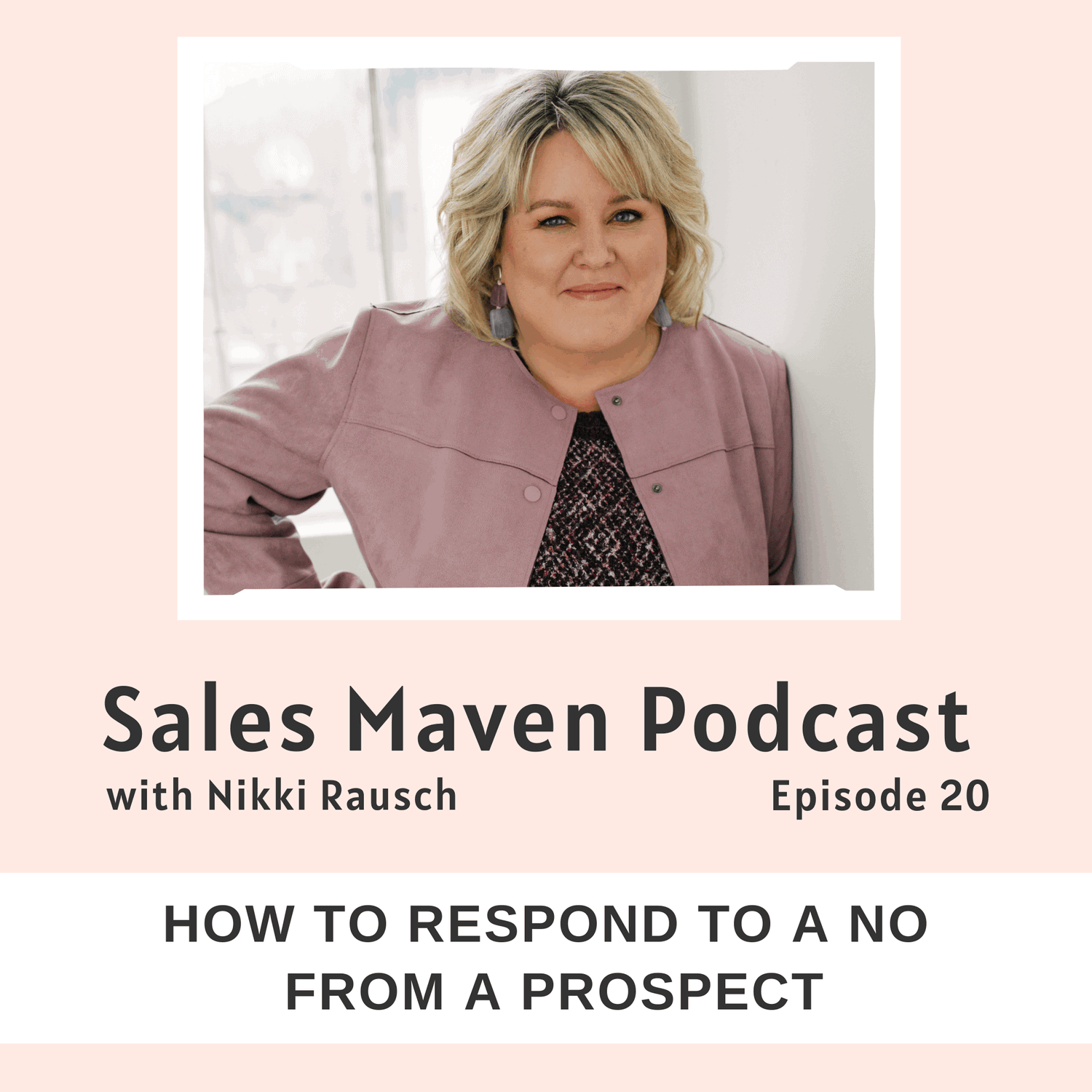 Does being told no make you uncomfortable?

Listen, as Nikki shares some language to use in a few different scenarios so that when this happens, you know how to respond to a no from a prospect, can shrug it off, and move forward. All on this episode of the Sales Maven Show. shares the first scenario you might run across when cold calling and what one of her responses would be. If they say no, ask if they would be open to you contacting them later if anything changes. If they are not interested, don’t alienate them by plowing on over their objections. Don’t try to shame them into doing business with you.

If someone gives you a buying signal, but when you invite them to do business they decline, what do you do? Listen as Nikki shares what to say to put yourself in a situation that will allow you to engage with them at a later time.

Learn how to respond to a no from a prospect.

Buying signals often come back around if someone has a legitimate interest in hiring you.

Have you heard of the convincer strategy? Nikki shares that it is the number of times someone says no before they say yes or the length of time it takes for someone to think an idea over before deciding on a course of action.

Nikki tells us no matter where in the sales process someone tells you no, you need to keep your professional composure, handle it with grace, bless them, and let them go. If you think about it, though, isn’t this sound advice anytime you get shot down? It’s not your job to change someone’s mind or convince them they are wrong, and you are right.

Tune in to learn how to respond to a no from a prospect.

[02:28] Nikki shares that being told no can be uncomfortable.

[03:29] Nikki speaks about the first scenario that you might run across with cold calling.

[04:26] Nikki shares her response to these prospects.

[07:17] Have you been given a potential buying signal, but when you contact them, they decline to work with you?

[08:46] Nikki shares a story of a meeting with a woman who gave her a buying signal.

[11:32] She speaks about how she responded when she was approached by the prospect again.

[14:19] A convincer strategy is a certain number of times you have to say no before you can say yes.

[17:33] Your job is not to change somebody’s mind or convince them they are wrong and that your way is the right way.

[18:06] Nikki shares a third scenario where you might be told no even though you got to the close language.

[20:34] If you are going to ask this question, be prepared for the answer.

[21:23] Nikki shares a story about when a person wanted to schedule a time to chat.

[26:20] Nikki says to keep your professional composure intact if someone says no to you and handle it with grace.

[28:38] I hope this was helpful, thank you so much for listening to the show!

How To Renegotiate A Contract

The Tech of Business Podcast