Stop Justifying Yourself When Selling: How To Do It 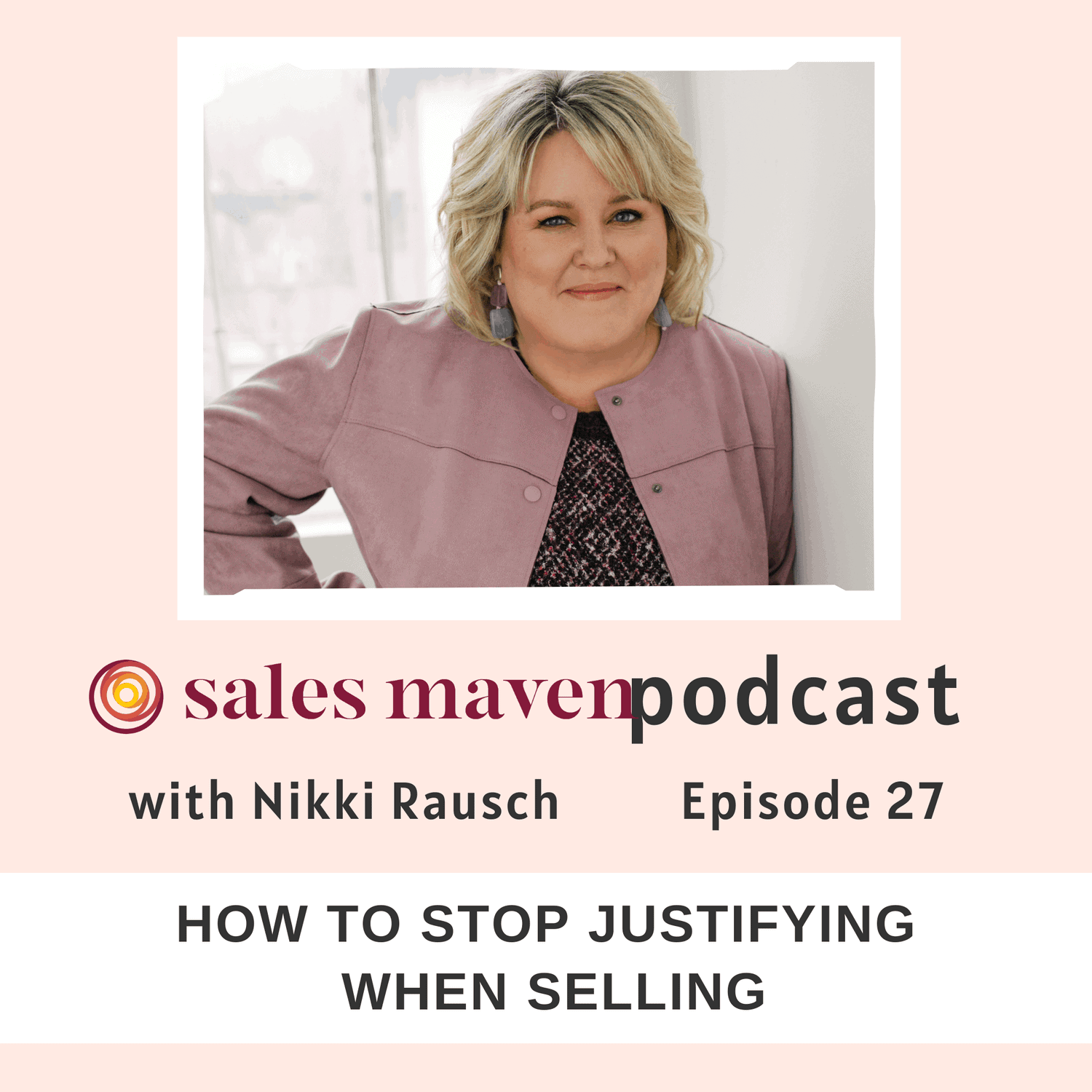 Did you know that when you justify your reason for a rate increase, it can leave you open to negotiation?

Listen, as Nikki shares three critical times in a sales conversation; you absolutely do not want to justify your reason, how to stop justifying yourself when selling and much more on this episode of the Sales Maven Show.

Do you feel the need to blame others when something has gone wrong or fallen through the cracks? Don't! Nikki says it is a huge rapport breaker and will diminish any credibility and authority you might have. When you make a mistake, you acknowledge it, apologize and ask for forgiveness, you don't need any other justification.

“Because you have a lot of skills at what you can do, it doesn't mean you should do it, and it doesn't mean you want to do it.” Nikki discusses that when your business grows, you will inevitably decline business, don't justify your reasons for declining to work with someone.

Nikki's blend of teaching, sharing her knowledge, and telling stories makes this podcast easy to listen to. As we've come to expect from Nikki, she shares issues that, as business owners, we've probably all had but didn't realize there was another way to handle them. Thank you, Nikki, for telling us like it is.

[00:43] Welcome to the show! Today we are talking about how to stop justifying yourself when selling.

[03:04] Nikki feels that justifying in the sales process puts you on your back foot and diminishes your credibility.

[03:22] There are three critical times in a sales conversation that you absolutely do not want to justify.

[03:54] Price increases are an area where you don't want to justify your reason.

[05:04] Nikki gives an example of a justification that she sees.

[07:09] When things have gone wrong is another time you don't want to justify all the ways it's your fault.

[08:48] Nikki shares a story around justifying yourself when things go wrong.

[10:30]Then, Nikki speaks about moving from Washington to Idaho last week and hiring packers and movers.

[13:30] Nikki talks about what happened when trying to get her stuff delivered.

[16:37] Next, Nikki shares what happened when she asked for an apology from the company's representative.

[18:29] Nikkis speaks about her niece losing her retainer after wrapping it in a napkin, even though she knew better.

[22:44] The third time you don't want to justify is when you are declining business.

[24:30] Nikki discusses what came up with one of her clients and how she instructed her to respond without a story.

[25:52] Lastly, Nikki shares a language suggestion around declining working with someone.

How To Deconstruct A Challenge & Create An Action Plan

How To Sell More Of Your Profitable Business Offers