Implementation is the Key to Success: Sales Success Story 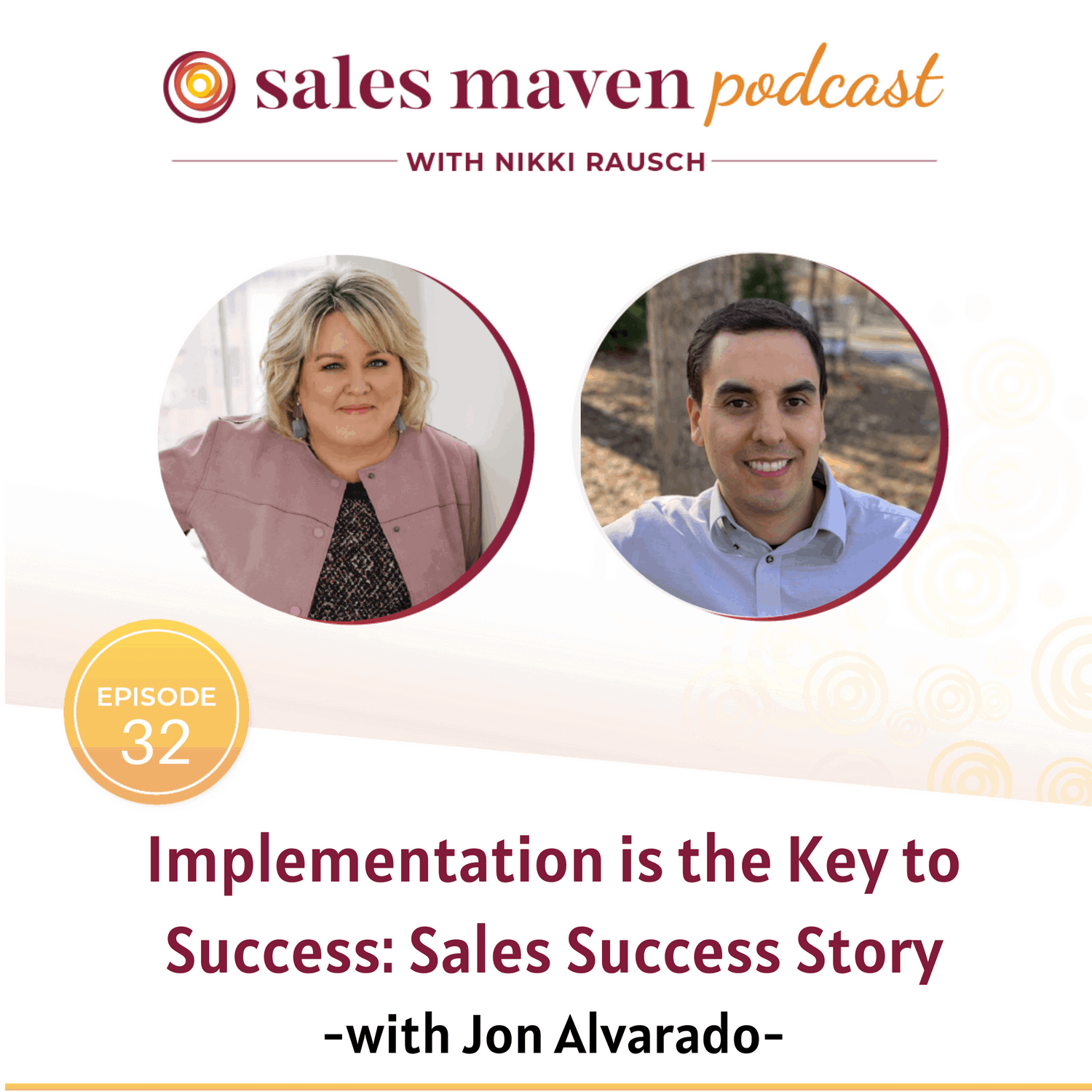 Do you implement the things you learn?

Listen, as Nikki and her guest, Jon Alvarado, discuss how he implemented Nikki’s strategy to grow his company Teach Financial Literacy. His dedication to listening to and putting Nikki’s strategies to work for his business is why he is one of Nikki’s big sales success stories. This has been his key to success.

Jon shares that he had a lack of confidence and a lot of anxiety around sales. When he started getting some interest in his product, Jon knew he needed help and was 100 sure that with Nikki’s one of a kind skillset, she was the person who could get him where he needed to be. This would be his key to success.

One thing that Jon implemented was asking permission to move to the next step in the sales process. Nikki says that it is often something that people forget to do, and Jon says that it has made a tremendous difference, and he makes a specific point to ask for permission every time. Jon shares that he was looking for experience in sales and a fantastic listener, which is why he chose to work with Nikki. There is no better investment than to invest in yourself. This is another reason Jon has become one of Nikki’s biggest sales success stories.

Jon says if you have been going at it on your own with little success, his advice is to hire Nikki. The difference her strategies have made in the last couple of months has been phenomenal, and Jon truly believes that he wouldn’t be where he is today if he hadn’t hired her.

Are you struggling with sales? You are invited to join the Sales Maven Society. This is an opportunity for you and Nikki to work together, you bring your questions, concerns, and sales issues, and she provides answers and guidance to boost your confidence. Join by going to www.salesmavensociety.com, click add to cart, and then checkout and use coupon code: 27trial to get your first month for $27.00!

[02:13] Jon shares his background and his business around financial literacy.

[03:08] Then, Jon discusses his story and how teaching children financial literacy can affect their earning potential for the rest of their lives.

[05:56] This program is set up to be part of the school curriculum.

[06:41] Listen as Jon speaks about the language barrier his company is geared to overcome.

[09:27] Jon shares how his life story was the catalyst for creating this company.

[10:33] Next, Jon says that his confidence level has increased with sales since working with Nikki.

[11:51] Then, Jon discusses what prompted him to contact Nikki for support.

[17:40] Jon speaks about his trust and belief in Nikki and allowed her to coach him, and he listened to every word.

[20:06] Then, Jon talks about some key things he implemented from Nikki’s coaching that have made the biggest impact on his company.

[23:05] ]So, what advice would you suggest to someone that is struggling with sales?

[26:12] Nikki can’t even imagine that conversation she and Jon will have next year on his success because he is such a great implementor.

How To Sell Your Services By Creating Curiosity

Pricing Strategy: Charging For Your Expertise, Not Time