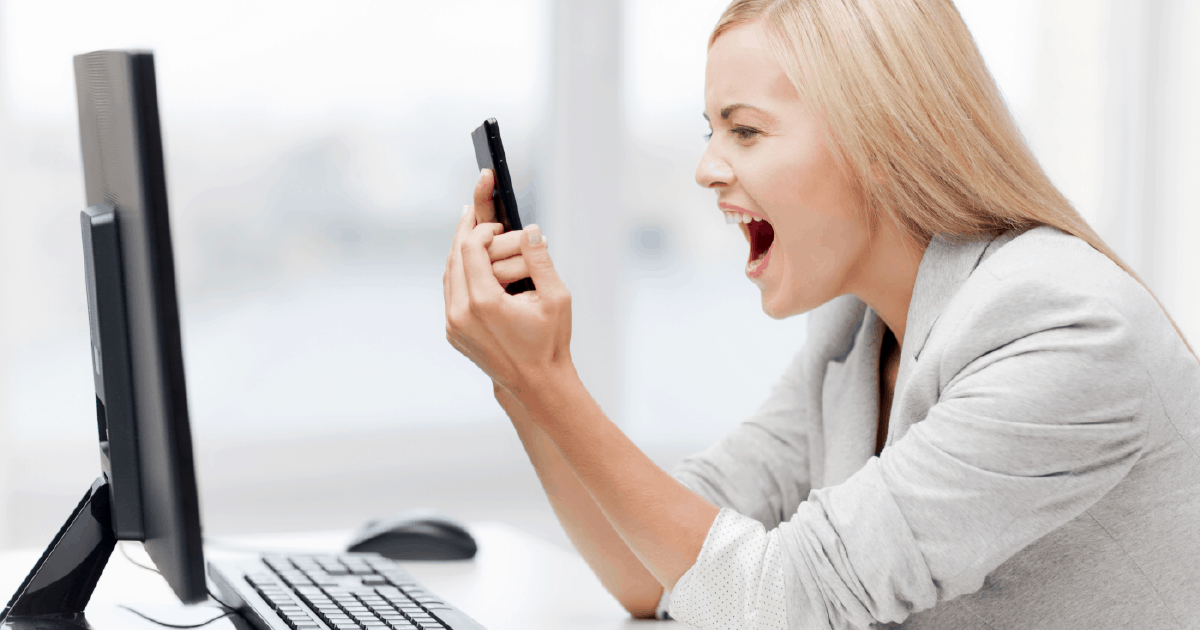 Diffusing An Angry Customer: When’s the last time you lost your cool at a company for mistreating you as a client?

Unfortunately, too often the way companies train their employees to handle angry customers is what escalates the situation vs. calming them down.

A few weeks back, after multiple attempts of working with my bank to get money sent to a vendor in China with no success, I found myself at my local branch. This was my second trip there to try to solve the problem. Not to mention the three phone calls where they told me they’d fixed the issue and they would send the money. By the time I entered the bank my irritation level was at an all-time high. As I explained the situation to the young woman who offered to assist me, she proceeded to employ a singsong voice. Then she explained to me how business accounts at their bank were not allowed to do what I had already been told by three other bank employees that I could do.

While trying to maintain my cool, I point blank asked her what I needed to do to get a solution. And to stop telling me all the ways other employees had given me false information. She continued with her singsong voice and told me there was nothing that could be done to solve my problem. When I got up to leave she sang out, “Have a nice day ma’am.” At which point, I seriously considered flipping her off.

Mind you, I was never rude or even overly aggressive to her, but I was frustrated. So, her attempts to be singsongy and sticky sweet only made the situation worse.

Too often people think that being overly “sweet” is the way to diffuse an angry customer. That’s simply not the case. One of the greatest lessons I learned in my years of studying NLP is that you’ve got to pace people first before you attempt to lead. Meaning, you’ve got to meet people where they are before changing the tone of a conversation.

When someone shows up in an aggressive or frustrated manner, it’s super annoying when the other person takes the opposite tone. It’s a mismatch in the relationship. When you hear people say, “People buy from people they know, like and trust,” you can’t demonstrate the opposite behavior and expect the other person to automatically calm down.

Here is your Savvy Sales Tip this week:

Meet the person where they are in the moment. Send the signal, “we’re alike, I hear you, I see you, I acknowledge where you are emotionally,” before trying to make any changes. You don’t have to maintain that tone in the conversation for long. However, you do have to start there first before changing your behavior.

Here’s an example of what I mean:

Angry client shows up and says in an aggressive tone, “I can’t believe what happened after buying your product.”

Your best response is, in a similar tone of voice, to say, “Oh no, something went wrong. Let me find out more and see how I can get this resolved for you.” Now, as you make this statement, you start at a higher volume level that closely matches your client.  Then, as you continue with the sentence, you begin to slow and maybe lower your voice a bit. This is known as pacing & leading. It’s a technique I often work on with my clients. You meet the client where they are first, and then you make subtle changes to your demeanor.

You’ll know when you’re in the lead because your client’s demeanor and tone will start to resemble your tone of voice. If your client is still of the more aggressive or louder tone, then you’ve got to continue to pace a little more. The worst thing you can do is to say to someone, “Calm down.” And when you show up in a conversation with an irritated client and do the singsong voice, that’s the message you’re sending, “Calm down.”

Pacing and leading is an effective sales technique across the board. It can be used in any customer interaction, not just with angry clients. So, give it a try. Be willing to be flexible and meet people where they are instead of trying to get people to conform to your style.

Wishing you continued success this week.

Agree? Disagree? Have additional comments or thoughts on this article? Please share.