Finding Courage To Ask In Sales 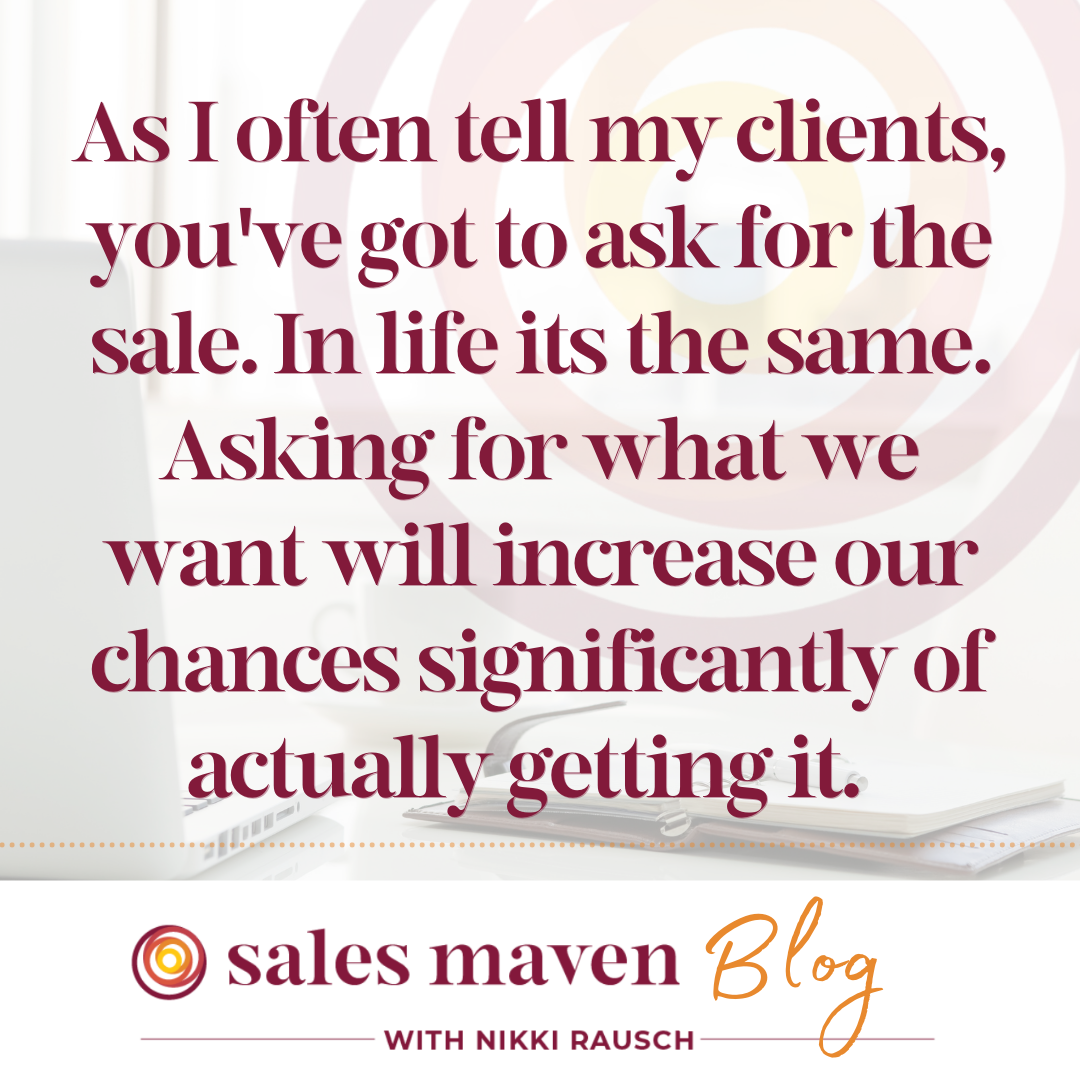 When’s the last time you held yourself back from asking for what you wanted because fear got in the way?

Were you able to push through it? Did you ever end up asking or did you give up on your own desires? Are you having trouble finding courage to ask? These last few months I’ve been dealing with a lot of fear. I’ve found myself in the position of wanting to ask for what I want, yet feeling terrified to do it. This post is all about finding courage to ask!

A Launch Strategy to Finding Courage

A few months back, the head of my production team for my new book, The Selling Staircase, explained that I needed to put together a launch plan. Even though I’ve written two other books, I’ve never done anything to launch either of them.

When she laid out all of the things she recommended for the launch, I felt sick to my stomach. The reason being, this launch plan was going to put me in a position to have to ask quite a few people for support. And asking people for help does not come easy to me at all.

The first step was putting together a team of people for the launch. It required asking people to fill out an application (which frankly felt like a big ask, I mean these people would be doing me a favor). My initial thought was that maybe only my close friends would agree to be a part of the team. I was hoping for at least twenty people to say yes. It turned out that almost 70 people applied to be on the team. I was blown away by the outpouring of support.

Thank goodness I didn’t let my own fear stop me from asking people to apply. The launch team has been incredible in getting the word out about the book.

The head of my production team reached out again to let me know that they wanted to put an endorsement on the front cover of the book. She encouraged me to ask someone who I admire. I knew instantly who I wanted to ask, yet the thought of reaching out and asking this person made me nauseous. I was terrified of what she might think of me, how embarrassed I would be if she turned me down and a myriad of other self-sabotaging thoughts. It took about two weeks to build up enough courage to reach out and ask her if she’d be willing to read an advanced copy and write an endorsement for the front cover.

As soon as I sent the message to her, I instantly wanted to recall it. The fear was overwhelming. However, five minutes later she responded with the most positive “Yes”.  I couldn’t believe what I was reading. Within the hour my cheeks hurt because I couldn’t stop smiling. It was a moment of immense pride knowing that she believed in my book enough to consider endorsing it.

With great pride, here’s the cover of my new book (available for pre-order on Amazon right now) launching on July 9, 2019.  As you can see, my mentor and friend, the brilliant Natalie Eckdahl, CEO of BizChix, Inc has something quite nice to say about it. 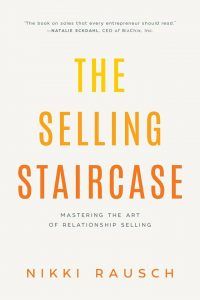 If you’re not yet familiar with Natalie, I encourage you to check out her podcast, it’s one of the best ones out there for female business owners.

Here’s the link to the episode where Natalie and I talk about Sales. This has been the most successful guest appearance I’ve ever had. I’m convinced it’s because, in addition to being one of the kindest people I know, Natalie is an incredible interviewer. Meaning, she asks questions to support the women in her community with tangible takeaways. We had a great time recording this and we laughed a lot.

Finding the courage to ask continues to trip me up and fear continues to consume me. The next big ask came when the designer decided that the back of the book could also use an endorsement as well. Again, I knew who I wanted to ask yet didn’t really think I could. Even with such positive responses from the people on the launch team and Natalie saying yes to endorsing the book, asking for what I wanted seemed so out of reach.

I spent days lamenting about it, what I would say, what this person might say or think as a result of my asking him. One morning, I woke up feeling really good so without giving it too much more thought, I reached out and asked for what I wanted.

You may not be surprised to know that as soon as the message was sent, I was coming up with a way to recall it. Maybe it wouldn’t go through, he wouldn’t see it and we could act as if I never sent it.

A few hours later, his response came back, he said, “100 yes”. Wow, talk about another lesson in being willing to push through the fear and asking.

Since the back cover of the book has not yet been revealed, I’m going to hold off on sharing anything more about it just yet. Please know I’m over the moon with all things related to this new book and the people who’ve said yes to supporting it.

Just Do It, Ask

Maybe after reading this week’s article, you might find yourself more willing to ask for what you want. I’m hoping that is the case. And even if you’re rolling your eyes a bit at what a big ball of baby I can be when it comes to asking, maybe realizing that we often make a bigger deal out of stuff than it needs to be will be helpful in some way.

As I often tell my clients, you’ve got to ask for the sale, in life, it’s the same. Asking for what we want will increase our chances significantly of actually getting it.

Wishing you continued success in all of your asking.